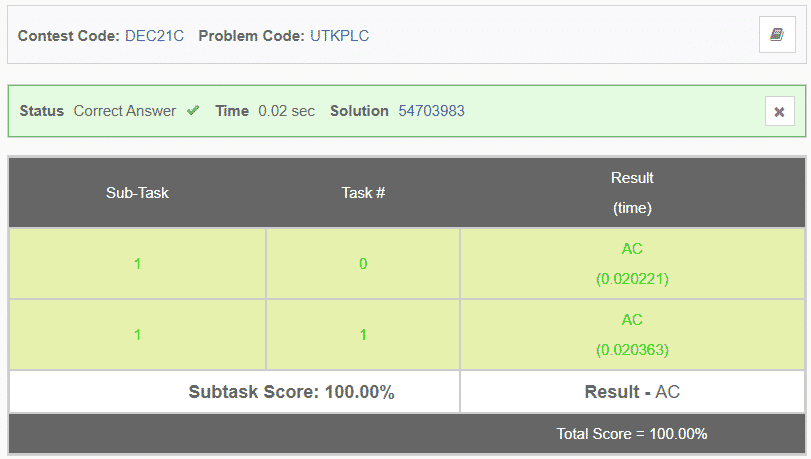 Utkarsh is currently sitting for placements. He has applied to three companies named A,BA,B, and CC.

You know Utkarsh’s order of preference among these 33 companies, given to you as characters first, second, and third respectively (where first is the company he prefers most).

You also know that Utkarsh has received offers from exactly two of these three companies, given you as characters xx and yy.

Utkarsh will always accept the offer from whichever company is highest on his preference list. Which company will he join?

For each test case, print one line containing a single character, the company whose offer Utkarsh will accept.

The output is not case sensitive, so if the answer is AA, both aa and AA will be accepted.

Test Case 1. Utkarsh has received offers from AA and BB. Of these two, he prefers company AA (first preference) over BB (second preference). Therefore Utkarsh will accept the offer of company AA.

Test Case 2. Utkarsh has received offers from AA and CC, where company CC is his second preference and company AA is his third preference. Utkarsh will accept the offer of company CC.