Hey Geeks, So we all know Twitter got hacked, I am sure you have already heard the news and must have seen several analysis on this issue yes many famous and prominent Twitter profiles got hacked on Wednesday, Barack Obama, Bill Gates, Apple, Uber, and many other famous Twitter profile first-rate the crypto scammer message so what went wrong how did hackers got access to these accounts and what’s in there for us being a service security professional I will discuss all these in this post so stay with me. 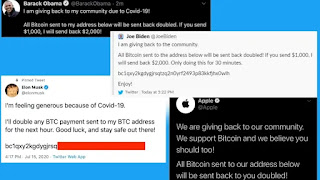 More than $100,000 were transferred to the given Bitcoin address so in a couple of hours the hackers earned more than $100,000. Initially the Twitter account of the famous crypto companies were started posting this to it.Is it the reason why Twitter got hacked.
So take a note no Bitcoin address but a website the website was registered on the same day the attack took place strangely the registrant information of the website was publicly available the hackers did not bother to buy the registrant privacy service according to the record the domain was registered by Anthony of California using this email address [[email protected]](Twitter got Hacked).
However the street address does not exist according to the Google map and the phone number does not connect whois has since removed this information was it a mistake or the hackers used false information by registering the domain your opinion. The official Twitter account responded with this message based on this response we can conclude that these accounts were not compromised but Twitter as a company was compromised the hacker targeted the employee is having critical access and the hackers access to the internal system another tweet in this to it the Twitter admitting that the hackers tweeted using their internal system problem an employee can access to any account with the internal system and they can also tweet take the security concern aside this is a privacy concern your opinion it is also important to take notice of this advertisement 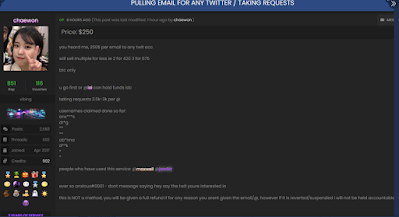 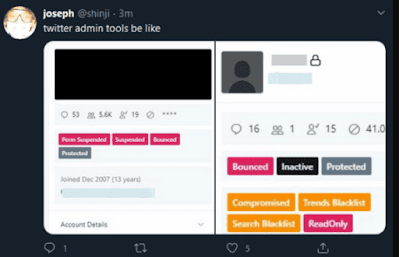 though the UI seems an old forum but maybe this is the UI that they use internally the tweets were deleted and the accounts were suspended anyway the Twitter admitted that the internal system was compromised this is a point companies spend millions while purchasing the security software’s ids/ips firewall and hardware they also hire red teamers to conduct the vulnerability assessment and fan testing but they are in the denial that human is the weakest link in the security chain this attack shows the impact of social engineering and it also shows the lack of access control management if the hackers bribed the employees all right it’s your call I have presented the information you need to connect all the dots and build your opinion so what’s your opinion share it with us take care bye.

Check Out this : Top 10 Trending technologies in 2020 for IT Professionals